Thanks to TFW2005, the rumors have FINALLY come true. Transformers: Fall of Cybertron is officially coming to PS4 and Xbox One.  It was rumored back in June for a Taiwan release. 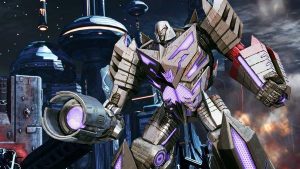 The game will become available in Australia on August 9th.