ZETA TOYS  has released via their Weibo account images of their upcoming version of the Combaticon Leader, Onslaught.  The toy is roughly Masterpiece scale, and will combine with already-released ZA01 Takeoff (Blast-Off) and ZA02 Whirlblade (Vortex), as well as the yet-to-be-released ZA04 Uproar (Brawl) & ZA05 Racket (Swindle) to form Armageddon (Bruticus).

Head on over to our sponsor, Captured Prey, and pre-order yours today! 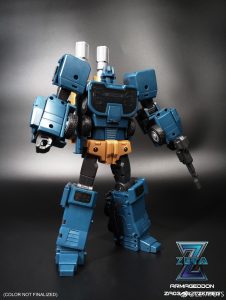 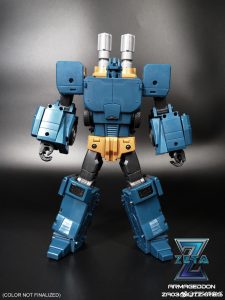 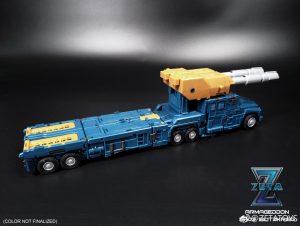