Thanks to Lapooza Mega Store on Facebook, more Takara Legends figures have been revealed with release dates, price points, and new teaser images. Brainstorm, which initially was believed to be a Walgreens exclusive in the US, is now confirmed for a Japanese release. The dates and prices are below. 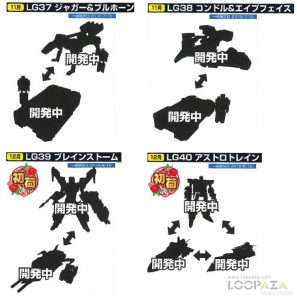