Thanks to @52 Toys, Hasbro reveals more Titans Return figures soon to be released. New Titan Masters include Lione (now known as Sawback), Overkill (as Overboard), Fangry, and Swoop (as Ptero). Legends include the long awaited Kickback, that will finally allow fans and collectors to complete the Legends Insecticon trio, along with Combiner Wars Bombshell and Thrilling 30 Skrapnel. Deluxes include a new Hot Rod figure that will include his Titan Master, Firedrive. Finally, for the leader class, a new triple changer voyager Optimus Prime, who comes with the Titan Master Diac (possibly a throwback to the Diaclone line released by Takara).

These figures are set to be released as the first wave for 2017. 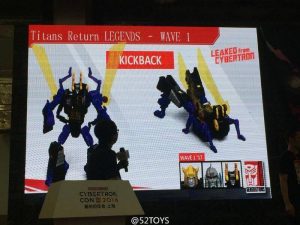 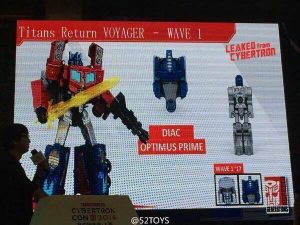 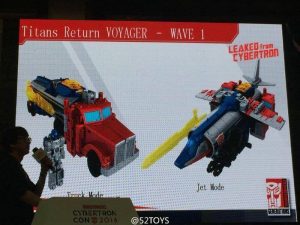 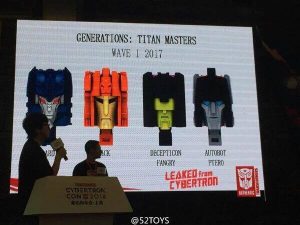 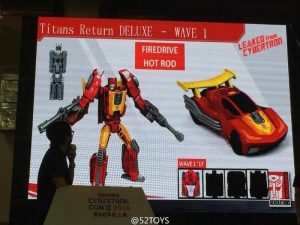